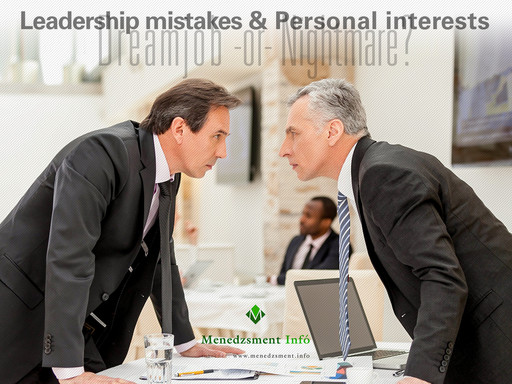 More than a year ago I had a coaching client who was ambitious to find a super interesting job, full of challenges, in line with his competences, but still with personal growth opportunities.
After few months he managed to go through the steps of interviews and got a job he thought - that time -would be a dream job.
He was extremely excited and ready to jump into the role of Chief Technology Officer (CTO) with strong IT experience in different fields of IT management, having relevant leadership experience as well.

The situation turned out exciting when he was introduced to the team as Project Manager during the first 2 weeks. That was a bit strange for him, but he knew that partly he was required by the job description to lead international and in-house projects as well.
Weeks passed by and he tried to pick up all company specific knowledge to get a full overview of IT operations, which is essential to lead the IT team. To his surprise he always bumped into resistance from the colleagues to get a more thorough overview of IT individuals' daily tasks. Especially there was a Senior Software Developer (later used as SSD) who had been working for the company for more than 15 years and made himself unavoidable in the most crucial IT processes not handing over information and skills to the rest of the developer team. I guess you -as reader of the article - are not surprised to hear that typically he was the first one constantly complaining how overloaded he was, so he kept postponing induction meetings with my client until 1 month passed by.

That was the time when my client decided he would like to discuss the situation with the Managing Director of the company, which happened few days later. The MD said that my client should not push the SSD, he had serious deadlines with the highest priority. The MD also added that my client should reach the full honor of the team all by himself showing his strong technical competences as CTO.

To cut the story short, my client acted in his role; invited colleagues into a meeting to proceed with few responsibilities and building up the missing IT functions. His initiative ended up to a big conflict with few subordinates who did not understand why he wanted to intervene to their jobs as Project Manager. This made it clear for him that he was communicated to be a PM rather than CTO by the Managing Director. Later it turned out that the MD had no intention to back him up to clear up the situation, but left him in a stressful status seemingly not having clear picture what information his colleagues had about the IT roles.

After taking into consideration all possible alternatives of handling this situation he decided to reveal the original assignment given by the contract with the SSD showing the reasons of all his actions made so far.
The SSD was surprised, started to act as a leader with other colleagues of the IT team despite he always wanted to avoid a leader role before. He went to the MD telling that he would resign if he got a direct boss at all. Then the MD decided to cancel the position and made my client redundant.

The whole story was full of uncleared information, surprises, deeply rooted personal interests and needs thus totally flooded by emotions. Probably I don't have to list all those barriers, which created a situation full with tensions. Just to mention few, which others can also face while starting at a new workplace:

1. The SSD who has never handed over information to others in order to make his role essential; and who got used to already so much to the freedom of working by his own, protecting the existing organizational situation; creating a trap and unquestionable power and dependency to the company.

2. The MD who did not communicate clearly the role of the new entrant in order to avoid internal conflicts, and even later he was not willing to stand up for his own original idea thus leaving the new employee without support. He was too weak to indorse his will against the rebelling senior colleague and left without tools to handle the situation.

With sharing this situation my intention was to raise few questions of leadership.
It can happen also with you that you might face with tough challenges to cope with, you do all your efforts, but when it turns out that the organization and few relevant co-workers have conflicting values than yours, you might better leave and restart finding a job you could do with a smile day by day instead of constant uncertainty. So did my client, he decided to look ahead and after few month he found a job he was satisfied with.

With my client in the beginning we worked on clearing up his ambitions and career goals, strengths and successes he can show off. Then after starting the job the coaching sessions where about how he could create honor and sympathy of colleagues, analyzing situations, but more importantly putting the focus more on possible actions he could take. He regularly made self-reflection what went well and what should be developed and learnt, and gradually got more and more conscious about his own needs and assertive rights.
(He approved to use his case forthis article.)